MP3: "The Shape of Grunge to Come"

INFO: Since forming in 2009, Baltimore native sons Dope Body have evolved on a truly logarithmic scale. Moving from stark, primitve punk-metal to genre-swallowing, unabashedly-90's-referencing, poly-rhythmic brutes in less than two years, the band has created a bizarre new standard for the mutant art-punk-beaster set.
Nupping, their debut full-length, manages to recall the best of the heavier, more obtuse and rhythmically inventive elements of punk rock from the past thirty years, as well as the kind of formative-influence-stuff alot of current artsy, heavy bands don't wanna acknowledge: Rage, Wu-Tang, nu-metal, Michael Jackson, The Beach Boys, and contemporary pop radio.

ARTIST / BAND: Nurses
SONG (MP3): "Fever Dreams"
ALBUM: Dracula
FILE UNDER: Indie
LABEL: Dead Oceans
INFO:Nurses return with Dracula, the follow-up to their 2009 homemade psych gem Apple's Acre. Dracula is steeped in the strange pop brew that bore Apple's Acre, with the band's unmistakable elastic melodies, heady pop hooks and unconventional knack for catchy songwriting that gets under your skin. But where Apple's Acre was an insular album, recorded primarily in an attic in Idaho using just an internal Macbook microphone and primitive recording software, Dracula is bursting. It's bolder, heavier, with deep grooves, dubby basslines and a focus on rhythm. It's an album with pure physical qualities. Apple's Acre was an album made for headphones; Dracula needs a sound system. What has not changed is the undeniable constant in Nurses' body of work: their immediate and catchy pop songs. The band embraces hooks and melodies--yes, they turn them upside down and inside out--but at their core, the band (and Dracula) are defined by pop songwriting.read more from the source...
Posted by sergi at 1:38 pm No comments:

Yourself and The Air

ARTIST / BAND: Yourself and The Air
SONG (MP3)Trampolines
ALBUM: Who's Who In The Zoo EP
FILE UNDER: Indie Pop
LABEL: Hands Organics Records / lujo records
INFO: Hailing from Chicago’s lower west side, Yourself And The Air combine Midwest atmospherics with the sweeping sprawl of a skyward city built on electricity and steel. Take flight over Lake Michigan and this is your soundtrack. Songs to think to. Songs to dream to. At one moment the infinitesimal line between water and sky, the next the buzzing neons of the boulevard at night, escaping crowded bars for desolate alleys — you and a memory, Yourself And The Air.read more from the source...
Posted by sergi at 11:16 pm No comments:

INFO: While they now live in Los Angeles, Pepper Rabbit was practically born in New Orleans. In fact, the NOLA sessions for their debut LP (Beauregard) left such a lasting impression on the young duo that it continues to haunt this summer’s Red Velvet Snow Ball album, from the surreal art on its sleeve to the cake-flavored snow cone that gave the mind-expanding record its name.

Megan Bonnell - South Korea by killbeatmusic
Posted by sergi at 2:46 am No comments:

ARTIST / BAND: Peter Wolf Crier
SONG (MP3): "Right Away"
ALBUM: Garden of Arm
FILE UNDER: Indie Rock
LABEL: Jagjaguwar
INFO:It is not so much a sound as a spirit. You don't need to name it to know it or to trust it. Peter Wolf Crier's second album Garden of Arms is a document that paints a vivid portrait of all the pain and beauty of growth. Written with the at-home repose demanded by performing a hundred shows in six months, these eleven tracks were nurtured from their hushed origins with a new-found footing of confidence and experimentation. Adapting the tenets of the grinding live show, the duo of Peter Pisano and Brian Moen transformed the fuzzy distortion, rolling and crashing drums, and laser-focused purposefulness into an intensely dynamic yet supremely polished album.  read more from the source...
Posted by sergi at 2:22 am No comments:

ARTIST / BAND: Future Islands
MP3: Before The Bridge
FILE UNDER: post wave
LABEL: Thrill Jockey
INFO: Too many bands in the era of buzz and the blog are taken before their time. The spotlight hits hard and finds a group who has not yet developed, not yet put in the work to find their sound and hone it and make themselves better, and just as quickly they’re gone. Future Islands are not one of those bands.
read more from the source...
Posted by sergi at 6:13 pm No comments:

Holy Other is a Mancunian musician based in Berlin.
The sound he creates are hyper-aggressive, violent but amazingly calming that feels like slow, pulverizing pounds of lush, raw ambient surrounded by drones and screwed samples then drained by layers of orchestral soul enshrined in burial inspired dubstep beats.

Latest tracks by HOLY OTHER

Laurence Made Me Cry

MP3: Holdin On To Black Metal

INFO: “The new record, Circuital, is named after the title song,” explains Jim James, of My Morning Jacket’s sixth studio album. “On that song I sing about ending up in the same place where you started out. And that makes a lot of sense for this album… I hate the phrase ‘going back to our roots’, but for this record we came home and made it in Kentucky. And it just felt a lot like it did when we were first starting out…” 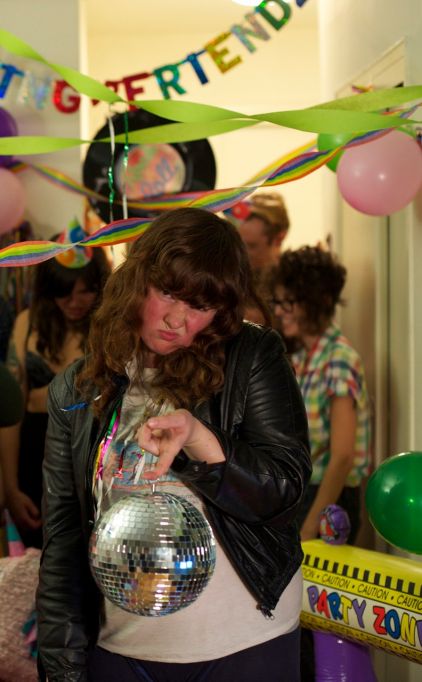 
ALBUM: Social Life
FILE UNDER: lo-fi punk/ pop
LABEL: Last Bummer Records
INFO: Nearly ten years after her two solo records, New York Times “Artist to Watch” Tami Hart is back with the debut album from the latest of her many projects, Making Friendz.Social Life, her much anticipated return, is a sweet, sweaty mixture of lo-fi punk and glossy pop, R&B and disco, rooted in a spirit of collaboration with fellow artists and friends. But make no mistake, Making Friendz is Tami Hart.
read more from the source...
Posted by sergi at 7:37 pm No comments:

Telepathe, "Destroyer" by The FADER
Posted by sergi at 7:05 pm No comments:

This Summer For Free

ARTIST / BAND: Silver Swans
MP3: Mother of Pearl
ALBUM: Forever
FILE UNDER: Indie Pop
INFO: The Silver Swans are three fictional characters in the Wonder Woman stories. Each Silver Swan has the ability to create powerful sound waves with her voice. Her "swan song" is capable of devastating a small area of land with its destructive force. By creating a low-level humming, the Silver Swan can form a protective shield around herself that can deflect bullets and projectiles. They also have the telepathic ability to control birds and re-arrange matter with the sound they generate.
read more from the source...


NYC Popfest 2011: Silver Swans performs "Let It Happen" at The Rock Shop, Brooklyn from BlearyEyedBrooklyn.com on Vimeo.
Posted by sergi at 1:10 am No comments: