MP3: World's Got A Handle

INFO: Sun Wizard are your favorite band from when you were in high school, back when the whole world was a little bigger and everything you touched was a bit more golden. You knew all the words to their songs, you bought every last one of their records, and rushed out to the record store every time their new single came on the radio. They were the soundtrack to that endless summer, and they colored your adolescent fever with the helpless optimism that everything was going to be just fine.

MP3: The Cake And Eating It

FILE UNDER: Experimental / Other / Pop

INFO: Zoey Van Goey are an indie pop band from Glasgow, Scotland, made up of Matt Brennan, Michael John McCarthy, Kim Moore and Adam Scott. Brennan, McCarthy and Moore, hailing from Canada, Ireland and England respectively, formed the initial trio in Glasgow in 2006, with Scott becoming a fully-fledged member in 2010.

INFO: Monotreme Records is very proud to be releasing ‘Spring Tides’, the second full-length album by Jeniferever.
Jeniferever is a 4-piece band from Uppsala, Sweden. They have previously released 4 eps and one album since 2002, and have played over 250 live shows across Europe. Over the years, they have gained an ever-growing band of admirers, who have bestowed descriptions such as ‘lush’, ‘melodic’, ‘swooping’, ‘glacial’, ‘beautiful’, ‘shimmering’, ‘sublime’, ‘electrifying’ and ‘atmospheric’ on their music.
Some have compared their sound to the physical beauty of their native country, with its aural landscapes of slow-paced melodies which build to orchestral-like climaxes.

Jeniferever 'Waifs & Strays' by Monotreme Records
Posted by sergi at 7:34 pm No comments:

INFO: Nightlands is the recording project of Philadelphia-based multi-instrumentalist Dave Hartley. The music he creates in his bedroom is itself a bed of delicate, chiming strings and bubbling synths beneath a blanket of choral vocal arrangements. It's dreamy in the literal sense -- the seeds for the album were sown when Hartley began archiving musical ideas that occurred in his sleep with a simple bedside tape recorder. As a result his debut album Forget the Mantra is, in essence, a field recording of Hartley's dreams -- a travel journal through pop music and a collection of psych-hymns from the first human lunar colony. The songs sound both huge and intimate, breathy and cavernous like massive echoes of a faraway concert. It's the big, shadow music from just across the lake.

INFO: Stacked melodies, distorted organs, stretched chords, reimagined vocals: Collections of Colonies of Bees/ Volcano Choir multi-instrumentalist Thomas Wincek drops his Emotional Joystick handle for the glorious themes of All Tiny Creatures. ATC's debut release is Segni, a vinyl-only document of four engrossing instrumentals that kindle the fire of something-like-Krautrock through the lens of both rigid methodolgy and a wholehearted embrace of rhythm and its unpredictable results.

All Tiny Creatures - An Iris Mixtape SIDE A

All Tiny Creatures - An Iris Mixtape SIDE B

ARTIST / BAND: Modern Skirts
SONG (MP3): "DUI" / Modern Skirts -- "Rebecca St. Claire" / "Happy 81" / "Bumper Car"
ALBUM: Happy 81
FILE UNDER: Alternative / Indie / Pop
LABEL: s/r
INFO: Modern Skirts’ Happy 81 EP marks a stark contrast to their previous records. The band flexed its pop muscle on the debut record, Catalogue of Generous Men, and their sophomore effort, All Of Us In Our Night, found the band starting to push its own boundaries.  The Happy 81 EP and the forthcoming full length record (tentatively scheduled for a November 9th release date) both have their origins in singer Jay Gulley’s bedroom four track cassette recordings. Through the years, while Modern Skirts was touring and recording their studio albums, hundreds of cassette demos were being recorded in the off time. These songs were purely for enjoyment, never to be heard by anyone outside of the band. This is a rare treat.  A peak into the fetal stages of many of the songs that will see their finished versions on the soon to be released full length. read more from the source...

LABEL: No Pain In Pop

INFO: In the summer of 2010, Thom Hill met Linda Jarvis while studying at Camberwell Art College in South London. The two instantly connected after discovering the ex-choir girl's voice perfectly complemented the tracks Thom had been crafting in his bedroom, and they decided to work on a new project together, which would come to be known as Echo Lake.

Matching driving rhythms with ethereal, gorgeous melodies, Echo Lake is an arresting take on the droney side of psychedelia's pop frontier. The band's demos were quickly discovered by indie label and blog No Pain In Pop, who signed the band and posted some of the songs on the blog. The tracks garnered critical praise almost immediately, and were featured on Pitchfork, Gorilla vs Bear and The Fader.

The songwriting duo decided to take a bit of time off from school to record and put together a band with some friends from Thom's hometown of Birmingham. Keen to avoid the stigma often attached to bedroom projects' live performance, they shed the backing tracks the recordings were based on and replaced with a tight, loud set up for shows.

Echo Lake's debut EP, Young Silence, is set to be released via No Pain In Popon February 14 (UK) and February 15 (US). Recalling a pre-Sub Pop Beach House crossed with a more raw side of My Bloody Valentine, it's as bold and complete of a statement as you can expect from a band so young. 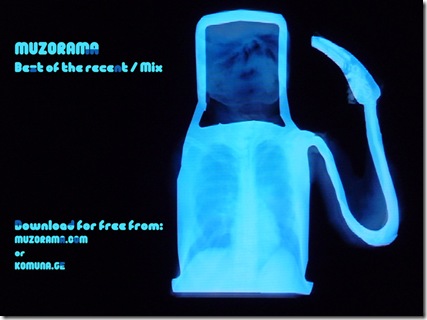 In Grenada - Distance And Temptation

The Liptonians - You Know I Did

Sleeping In The Aviary

ARTIST / BAND: SLEEPING IN THE AVIARY

The lineup of Kozel, Phil Mahlstadt (bass), and Michael Sienkowski (drums) churned out their debut album, Oh, This Old Thing? in 2007. The disc's intense bursts of lo-fi pop-punk drew comparisons to The Thermals, Buzzcocks, Violent Femmes and Nirvana.  Then another side of the band’s musical personality was captured on SITA’s sophomore album from 2008.  Expensive Vomit in a Cheap Hotel was a move towards indie-folk heralded by the addition of fourth member, Celeste Heule, on accordion and musical saw.  Kozel switched from electric to acoustic guitar for many of the songs, and also found himself screaming just a little less, exposing more of a tender side. This album cued comparisons to artists such as Neutral Milk Hotel, Bright Eyes, Baptist Generals and even Bob Dylan.
For 2010, Great Vacation once again finds the band in fresh musical territory, and also with a newly-added fifth member; Kyle Sobczak on guitar.  Layers of backup vocals (including multiple tracks of gargling, which Kozel describes as “the new reverb”) and additional instruments such as harp, trumpet, banjo and mouth harp accompany stories of scuba diving, sinking on a ship, space-like love, an S&M session gone awry (or did it?) and the occurrence of irony the day before one dies.  The ten songs on the album were tracked and mixed by the band themselves in their Minneapolis attic.

ALBUM: Hail To The Clear Figurines

INFO: Ups & Downs, Twists & Turns….That is an appropriate way to describe the path traveled by the Asteroid #4 since the latter half of the Clinton years. Hail To The Clear Figurines is the sixth album by Philly psychonauts, The Asteroid #4.