INFO: Gospel Claws have just released their first full-length record
C - L - A - W - S. Tracks from the record have been featured by Paste, Magnet, Large Hearted Boy, and more. With reviews that contain both the words “complex” and “pop” you know this is a must have.

Esben and the Witch 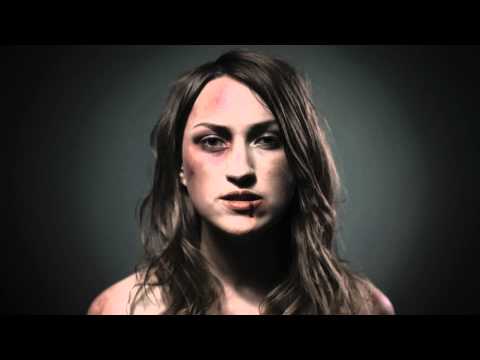 ARTIST / BAND: Esben and the Witch

INFO: On the heels of their recent “Marching Song” 12″ EP and first US tour (culminating in tonight’s show at Brooklyn’s Knitting Factory), Esben and the Witch will be releasing their debut full-length LP/CD/digital album on January 31, 2011 (February 8 in North America ). The Brighton trio, recently nominated for a Q Award, found themselves nearly drowning in plaudits following “Marching Song”‘s release “teetering on the edge of explosive emotion”, raved one observer, while the assessment, “thoroughly mesmerizing” came to mind for another. I Wanna Know by Röyksopp

INFO: Rebekah Higgs is an instrument all her own. At times happy, often haunting, her voice echoes and chimes like a xylophone French kissing a wa-wa pedal. Produced by Brian Deck (Iron & Wine, Modest Mouse, Califone), Little Voice is not only a shiny new four song EP to wrap around yourself for warmth against the coming winter but also a glimpse into what fruit Rebekah Higgs' upcoming sophomore full length record will bear come the new year.

read more from the source

Twin Shadow 'Slow' (NSFW) from Twin Shadow on Vimeo.
Posted by sergi at 9:59 pm No comments:

ALBUM: This Is The Day

INFO: This is the Day is NOT just another Ezio record.
Some good friends of mine could never quite understand my passion for the songs and lyrics of Ezio Lunedei till theyʻd actually seen Booga and Ezio perform live, preferably as a duo.
Here the songs finally fulfill their wild promise. The delivery is always poignant, at times deadpan funny, melancholic, political, sarcastic and quite mean, indeed. Not so comfy and nice as some of the records would want you to believe. Itʻs always been a wee bit the „Let It Be/Phil Spector“ dilemma with Ezio. Great songs and sentiments,... but who let the string section and choir in?

ARTIST / BAND: Aloe Blacc
SONG (MP3): You Make Me Smile / Femme Fatale
ALBUM: Good things
FILE UNDER: Soul, Hip Hop
LABEL: Stones Throw
INFO:Born to Panamanian parents in Los Angeles in 1979, E. Nathaniel Dawkins (aka Aloe Blacc) first began playing trumpet in elementary school, an instrument he continued throughout high school. There he also independently released Imaginary Friends, produced by DJ Exile, with whom he would go on to form the hip-hop group Emanon. read more from the source...
Posted by sergi at 11:11 pm No comments: 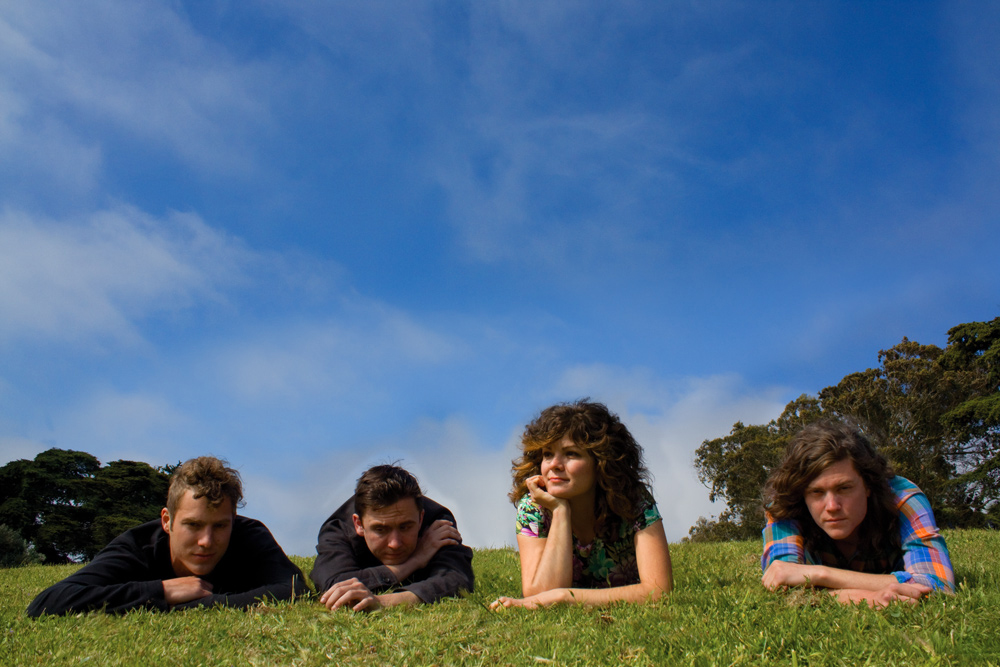 MP3: We Choose Our Own Adventures

INFO: Social Studies craft intricate songs that combine angular indie rock and classic twee-pop. What distinguishes the San Francisco-based group is their eclectic, complex song writing: unusual structures and mathy beats are tempered by soft edges and danceable casio hooks. Moody, defiant and hopeful, the lyrics celebrate duality through themes of discontent, violence, innocence, renewal, nostalgia, regret and joy. All these elements take shape in unpredictable, catchy songs that burrow into your consciousness and demand repeat listening and a critical reading between the lines. Combine this imaginative songwriting with a consistently high energy live show, and it is no surprise that Social Studies has generated a loyal fanbase and strong buzz in the SF Bay Area and beyond.

ARTIST / BAND: One Hundred Flowers
MP3: Rat Trap
ALBUM: Mechanical Bride
FILE UNDER: experimental / a'cappella / pop
LABEL: Stem & Leaf Records
INFO: in the summer of 2007, harrison speckʼs bedroom recordings began taking shape. after months of experimentation, he found himself making musical compositions interacting with impressionistic lyrical content and melodies dictated in their rhythm. complicated yet catchy, the songs reflected the nature of conflict, both lyrically and musically. a collection of seven songs from this time period became the ep titled some summer falls. the enthusiastic response from the austin music community prompted speck to recruit a band capable of adapting the original material to live performance, which became the band one hundred flowers in the spring of 2008.
read more from the source...
Posted by sergi at 12:22 pm No comments:

ARTIST / BAND: THE KNOCKS
MP3: THE KNOCKS - MAKE IT BETTER (DOM REMIX) / When You've Got Music  / 'Make It Better' MP3
ALBUM: "Make It Better"
FILE UNDER: electro
LABEL: Neon Gold Records / HeavyRoc
INFO: This one comes courtesy of the Massachusetts noisy electro/rock group DOM.  Ever since Pitchfork sang their praises these guys have been all over the place and we were very happy when they said they would do a remix for us.  With a fat gritty analog bass over driving drums leading the way followed by a shimmery rat-a-tat-esque lead chorus synth, this remix changes up the whole vibe of the song in a great way.  This remix sounds like it could be in your favorite 80s action film and we love it.  THANKS DOM

ARTIST / BAND: Club 8
SONG (MP3): "Shape up!" / Closer now
ALBUM: The People's Record
FILE UNDER: Indie / Pop / Electronica
LABEL: labrador
"The duo have expanded their sonic melodic pallet with traces of
Afro-pop, boss nova, and South American jazz. The result is a warmly
inviting album that's as sweet as it is cleverly composed" 8/10
UNDER THE RADAR

"The People’s Record ultimately feels personal and focused on the
public. It’s party music centered upon the fact that we’re all going
to die " 8/10 POPMATTERS

"The People's Record" is the Club 8's first an outside producer.
Their initial idea was to move to Brazil for a couple of months and
record the album there with a local producer. But after having read
an interview with Jari Haapalainen (Camera Obscura, The Concretes,
Ed Harcourt) where he talked about his love for rythmns from Western
Africa and the Middle East the choice fell on him. The result is a
captivating mix of bittersweet lyrics about death, life affirming
Afro-beats and Swedish pop melancholia.
Posted by sergi at 2:26 pm No comments:

INFO: Feeling Today is Spencer Stephenson's debut release under the Botany moniker. The culmination of years of assembling music, this EP, and his forthcoming full-length, flow with a transcendental radiance. Under the gauzy patina of decades-old samples, this Texan sound-sculptor masterfully merges the past and the present, the earthly and the infinite.

ALBUM:If a Lot of Bands Play in the Woods…? (A compilation album by The Philistines Jr.)

MP3s: Friends In The City / There Is A Marriage

INFO: Place is important. Bird By Snow was formed in the weather, wild, and little towns of Northern California. Cold water, dark woods. Fog in the branches, sunlight through a Pelican-wing. Abundance in all directions. This is theplace that has informed the aesthetic of the whole Lo-fi, Pacific Northwest Indie Scene. Bird By Snow can be seen there too, but not limited to one view, instead at home in the limitless, expanding west. --- You’ll find genres bent as if light through a prism. Song-craft as ritual, where themes of primitivism, pagan meditations, and transcendent dronings breathe deeply. Only one constant member: words, tunes, recording and much playing by Fletcher Tucker.

INFO: Tony Castles was born in August 2008 in Brooklyn, NY. For having been formed one year ago, the band has plenty of history. Paul Sicilian and Gabriel Wurzel first crossed paths as freshmen in high school. The two soon began playing together in bands and ended up attending college together continuing to write music throughout. During this time they were introduced to fellow student and musician Willie Miesmer. Within a year after graduation all three moved to Brooklyn where they reconnected and began playing together in loose free form sessions, often swapping instruments and experimenting with loop pedals and samplers. The chemistry was instant and they continue inventing, deconstructing and reinventing their sound all the while clinging to a shared adoration for both strong vocal melody and open space.

INFO: In Grenada was born from the ashes of Philadelphia’s premier ukulele indie-rock band, Movable Type, during the summer of 2007. Now, they make their presence felt with their debut release, Break.

Stuck with a few left over songs and an environmental conscience, songwriter/instrumentalist Jesse Leyh plucked the tunes from the trash and saved them for his compost heap. Over the next two years those first few songs grew in the fertile environs of a home studio, watered by a monsoon of shifting and breaking relationships and the pressures of finding a new place in the world and life.

SONG (MP3): Something About Love

FILE UNDER:  electro-ambient synth with guitars and poppy hooks

Taking their textual cues from campy films and the excitement of a late-night dance hit, Jupe Jupe provide escapist songs you can move to – in Milan, or alone in your bedroom.

Jupe Jupe is composed of My Young on vocals and synthesizer, Bryan Manzo and Patrick Partington on guitar, and drummer Jarrod Arbini – veterans of the Seattle and Austin music scenes (Pleasurecraft, The Cinematics [U.S.], Maximum Coherence During Flying). The quartet’s first release, Invaders, combines crooning vocals, jangling guitars, shimmering synths and pulsating beats to take you on a glamorous ride to the far reaches of the electro-pop universe. Set the controls. Launch.

Fox In The Henhouse

ARTIST / BAND: Fox In The Henhouse

ALBUM: Fox In The Henhouse

INFO: After moving from coast to coast, and spending two years writing and recording, Wakefield singer, Ryan Escolopio has finally settled down in Baltimore, MD. Shying away from his pop punk roots, Ryan broke into the indie rock scene with his new project Fox in the Henhouse and their debut album The Fox EP, on iBOT Records. The bands latest album, Vulves Vulves, unites his poignant lyrical stylings with rollicking guitars to spark a number of crowd pleasers. The album, with standout tracks like "Fears," which appeals to indie rock fans and non-indie rock fans alike, is set to release October 12, 2010.
read more from the source...